To learn more about traveling to Sumner County during the COVID-19 pandemic, click here.

While many people connect Johnny Cash to Nashville, most don’t realize that for 35 years both Johnny Cash and his wife June Carter Cash lived outside of Nashville on picturesque Old Hickory Lake in Hendersonville, Tennessee. Fans are still eager to connect with Johnny and June’s legacy, traveling to Sumner County to witness the place the famed family called home.

Johnny Cash died in September 2003, just 4 months after June’s death in May. Although his death was attributed to diabetes complications, many said Johnny died of a broken heart over the loss of June.

Johnny and June lived at 200 Caudill Drive in Hendersonville, Tennessee, 37075, but unfortunately the house no longer stands. It was lost to a fire in 2007 during renovations under the ownership of Barry Gibb, who is a member of the Bee Gees.

The Cash house on Old Hickory Lake was constructed in 1967 by famed architect Braxton Dixon (1921-2017). Dixon had been working on the house for himself, but Cash’s relentlessness persuaded Dixon to sell the house to Cash in 1968. The house was 13,880 square feet with 7 bedrooms, 5 full bathrooms, and 2 half bathrooms situated on a 4.6 acre lot. It’s unique design allowed for it to have 4 round rooms, providing maximum views of Old Hickory Lake.

It is also rumored that in 1969, musician Kris Kristofferson was so eager to grab Cash’s attention that he landed a helicopter on Cash’s property to present Cash with his demo, “Sunday Mornin’ Comin’ Down.”

One of the last music videos that Johnny ever made, a cover of “Hurt” that had originally been recorded by Nine Inch Nails, was filmed in his Hendersonville house on Old Hickory Lake. You can view the “Hurt” video here.

Although the property is fenced off today, visitors often stop to view the remnants of Johnny and June Carter Cash’s property on Caudill Drive. As of January 2019, the property was listed for sale for $3.9 million. In February 2020, it was reported that the Cash property had sold. Cash’s mother Carrie, fondly referred to as “Mama Cash,” lived across the street along with Johnny’s dad. This video provides a peek inside Mama Cash’s house from 2018 when it was for sale and Tommy Cash, Johnny’s brother, shared wonderful memories of his family.

Historic markers have been placed at the Johnny and June Carter Cash property that share the stories of the Cash home as well as the significance of the orchard that was once owned by Cash’s neighbor and friend Roy Orbison of “Oh, Pretty Woman” fame. Visitors can read the signs at the property to learn more and to discover the Marty Stuart connection to the Cash property, too! Visitors wanting to dine on the same barbecue and sides that Johnny Cash loved can visit Center Point Pit Barbecue. Operating hours are Tuesdays-Saturdays, 10am-8pm, or Sundays from 10am-3pm. 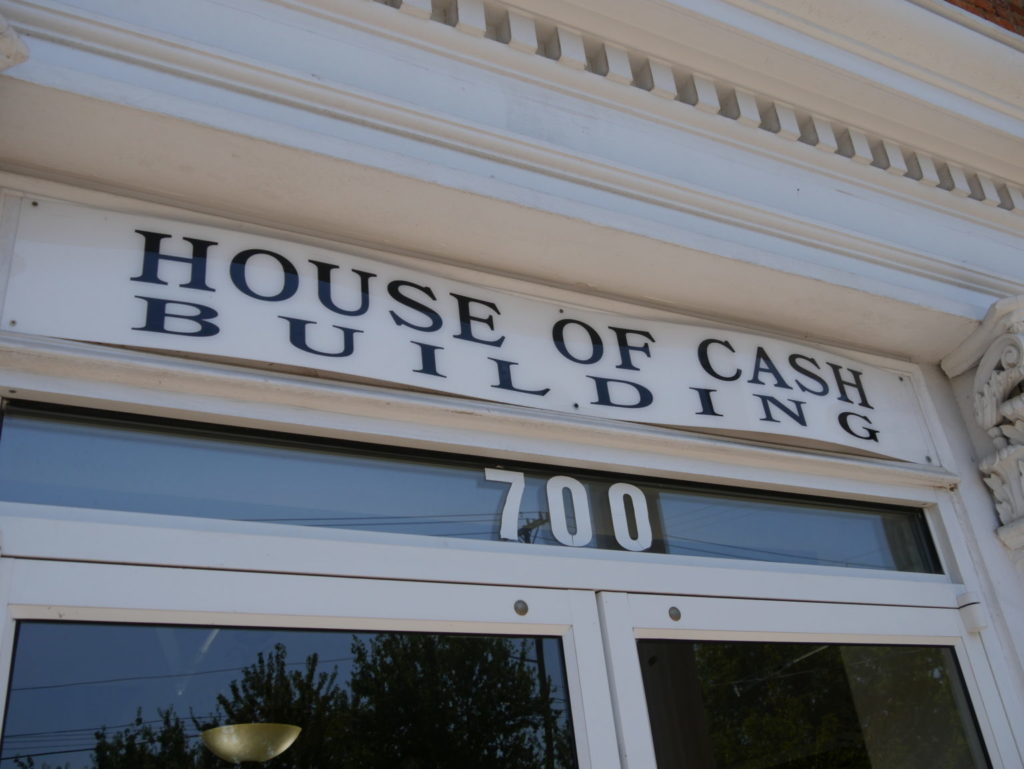 The House of Cash, which now houses Halo Realty, is located at 700 E. Main St. (also known as Johnny Cash Parkway), once served as an office of Johnny Cash (although never his house despite the name) as well as a museum of his music career. People would travel to see the museum and many were delighted when the opportunity arose to meet Johnny Cash himself!

Today above the door one can see the reminder that this used to be the “House of Cash.” In front of the property a sign memorializing Johnny Cash has been erected as part of the Tennessee Music Pathways driving trail created by Tennessee Vacation. Guests are encouraged to stop and visit the sign. Joanne Cash Yates, younger sister of Johnny Cash, reflects at his grave with a visitor from Florida.

Upon entering Hendersonville Memory Gardens, visitors can make a left into the cemetery. A sidewalk located across from the sign reading “Faith Cremation Garden” will lead guests directly to the Cash family’s resting places.

There is no doubt that Johnny Cash left a huge impression on the country music genre and that he is still very loved by fans from across the globe.